Infernal Legion has a new album. 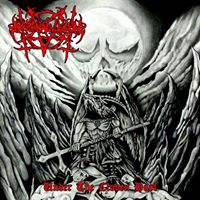 Biography
WE ARE AN ANTI CHRISTAN BAND NO MORE NO LESS Infernal Legion was formed under the name 'Eviscerate' on January 19 1999 by Josh Smith, Justin Thomas and Eric Armstrong. They had decided that they were ready to unleash unholy blasphemy on the cold northern town of Lakewood, Washington. After about a month, Eviscerate recruited guitarist John Anderson to play in the group. Eviscerate wrote a couple songs, but wasn't going very quickly until they obtained guitarist Doug Stern later that year. The group also parted ways with Josh Smith and Doug Stern took over on vocals.

On February 22-23 2000 Eviscerate recorded their self titled album with Jesse O'Donnell. Only 250 cassette tapes were made and no more will ever be produced. On April 22 2000 Eviscerate played their first show. Many more shows followed after that date. Guitarist John Anderson left Eviscerate immediately following the first show.

In November 2000, Eviscerate changed their name to Infernal Legion, in light of the common usage of the former name by other bands. The name Infernal Legion came from a group that disbanded prior to Eviscerate's forming. One of the members of the first Infernal Legion was Doug Stern, who carried the name over after joining the second Infernal Legion.

On July 28-29 2001 Infernal Legion recorded 'Angelicide', also with Jesse O'Donnell. The album was finally finished and released on December 01 2001. Since then Infernal Legion has sold many copies of 'Angelicide' and played many shows, locally and abroad. One of the highlights of the groups' tenure was playing at the Milwaukee Metalfest on July 27 2002.

In July 2003, Andrew Sison left the group and was replaced by aspiring bass guitarist Rick Powell from Azimuth. Late in 2003, The Infernal Legion finished recording 'Your Prayers Mean Nothing' and has signed a contract with Moribund Records to produce the album and to record and produce two more following its release. In April 2005, Infernal Legion embarked on their first full fledged tour.