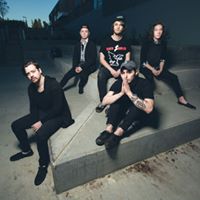 Biography
Heavy Rock outfit out of Seattle, WA. This group of 5 work to create a new and exciting sound to fans of rock, metal, and anything in between. Under their old name "Avoid the Void" they accomplished things such as an appearance on Knotfest 2015, The All Stars Tour 2015, and 3 regional tours.
Under AVOID they don't plan on slowing down anytime soon. With signing to Revival Recordings, the release of their new single "28 Days", and tours throughout the year, this will definitely not be the last you hear of them.

Have you heard our new single "By Myself"? Let us know what you think below!