new EP by Massacre At The Opera (WA state)

MATO has a new EP. 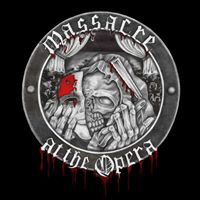 Biography
Massacre At The Opera started out in early 2011 with the drive for hard hitting, fast paced metal.These group of guys are hitting the local scene with the force of a battering ram. With Chris Gumeson added to the line up in late 2012 on vocals, this group has come into their own. From playing their first show at The Central Ave Pub, winning the Seattle battle of the bands finals, opening up for Silence The Messenger and Sworn Enemy, playing their first out of state show at the Hawthorne Theater in Portland, To releasing their first EP titled "Mental Decay". With their all or nothing attitude, this group will rock your proverbial face off.