SKELATOR Skelator from Seattle is, more or less, what a person means when they say “heavy metal.” Traditional heavy metal by people who are the craziest metalheads that you will ever meet because they are so obsessed with metal they decided that listening to metal every day was not enough, reading about it was not enough, writing and talking about it was not enough. They had to, they just had to form their own fireblazing heavy metal band. That’s Skelator. Man, is Skelator dedicated to metal or what! Well, let me you the story of Skelator. In all began in year 3666 BC during the time of the ancients’ reign of gold and mystique … No, wait, better yet, let the singer & swordmaster Jason Conde-Houston von San Diego tell you the story of Skelator. Skelator is: Jason Conde-Houston: air raid siren reification Rob Steinway: power dive incursions Robbie Houston: unit distortion projections Patrick Seick: metronomical calculations Rah Davis: thunder intonation commander Hello, Jason. Your new album “King of Fear” sounds perfect for the diehards of traditional heavy metal. Now that the album is completed, what is ahead for the band in 2015 and 2016? In 2015 we are trying to take it easy in terms of song writing. I think “King of Fear” is a very strong album and should be enjoyed on stage until we get around to writing our new material. I think we will aim to write an EP by the end of the year and maybe we can record in 2016. As far as playing live goes, we just played to a sold out show with Steel Panther and we are about to embark on our quest to Chicago to play at the Ragnarokkr Festival. Then we will plan a West Coast Tour for late 2015. Let's see what 2016 has in store. 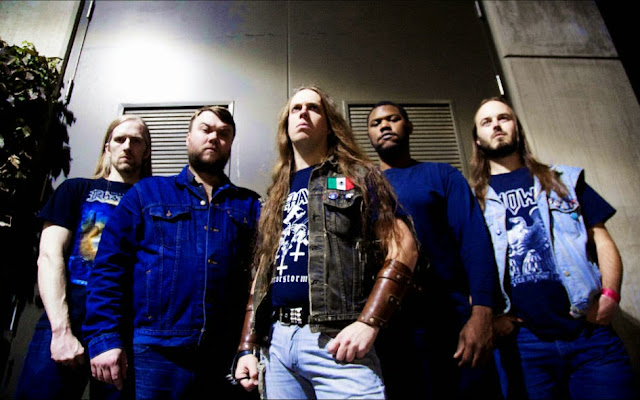 Can you tell us a bit about "King of Fear"? Do you, Jason, feel nervous or have butterflies in your stomach when it is time to do your vocals? How difficult is it to get those high scream right on the first take?! Personally, I have mixed feelings about recording myself. I'm not nervous exactly; I just can't stand to have my performance dissected. I kinda turn into a bitch sometimes. But luckily my cousin Robbie is at the helm every time and we have a long history of recording together (since the year 2000). So we understand each other’s boundaries not just performancewise but personality as well. We always tackle one song at a time. We start with the verses in my head voice to get into the spirit and flow of the song. After that, we move on to the choruses and try to get the perfect one that we can copy paste over the song. Then, we do basic backups on the chorus to make it sound meaty. Then, we redo the endings of each chorus so that they are in fact different and they lead into the next part (solo, bridge, ending, etc.). When I needed breaks we would have Patrick do harmony backups on various songs until I was ready again. Usually we do all the falsettos in one session when my voice is sharp and kicking into high gear. After that I'm basically done. Last but not least we have Grave Digger day when I do my gruff backups just to give the songs more grit. The final thing we do is Battle Choir which is our session of gang vocals like in the song “Test the Metal”. Those are usually recorded to give the audience a chance to join in when they hear their favorite songs live. 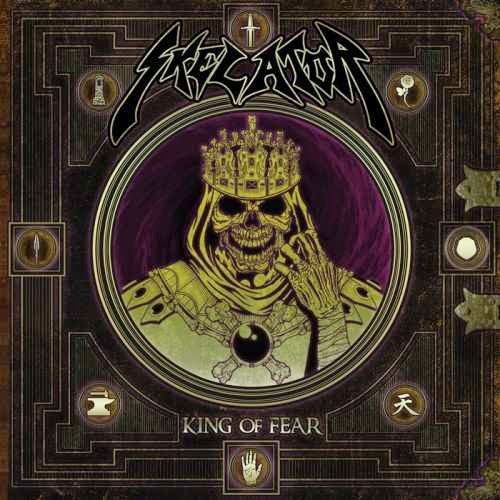 Is it correct that Skelator started in 1998 in San Diego, in the ancient kingdom of Kalifornien? Jason, how did you discover that you could sing? Do you remember what albums you used to sing along to when you were a young knight? In 1998 me and my best friend Max wanted to start a metal band and we started writing lyrics. Basically, we were just getting into Metallica and wanted to emulate them in everyway. But it wasn't until 1999 that we got Patrick to play drums for us and really start the writing process. I went to school with Patrick at San Diego High School and I was always like “Oh man he's that “cool” guy who plays drums in a band.” Later we recruited my cousin Robbie to play lead guitar. I left him a message on his answering machine “Robbie you must SAVE SKELATOR!!!!” On May 19th 2000 we played our first show to a bunch of straight edge hardcore punks. We sucked so much, but we were the only cats trying to play thrash metal back then so they all loved it. As for my singing, I started off blasting my mom's Led Zeppelin LPs and jumping around the living room screaming my balls off like I was the next incarnation of Robert Plant. Later I head “Blackened” by Metallica and that made me want to listen to metal all day every day. But when I heard “Aces High” by Iron Maiden my mind was fucking blown. From then on I wanted to sing like “that” and write songs like that painting picture in your mind and tell a story at the same time. Then we all got into Manowar and started covering “Hail and Kill”. But Priest is was what taught me how to use my diaphragm. I used to get high and sing along to Priest 8 hours a day when I was 20 working at a local head shop. My favorite singers: Dio, Halford, Eric Adams, Ian Gillan, Dickenson, Ralph Scheepers, Glenn Hughes, Kai Hansen, Biff Byford, UDO, Morby, Fabio Leone, James Rivera, Chris Boltendahl, Robert Plant, Peter Gabriel, Prince and the guys from Earth, Wind and Fire. www.facebook.com/TrueSkelator www.trueskelator.bandcamp.com THE END of part 1. More is coming. Don't lower your flag. 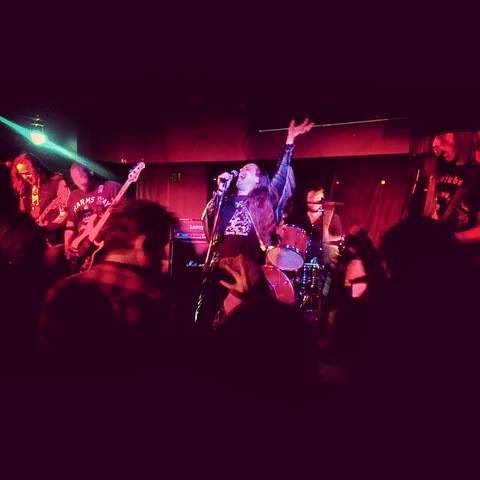