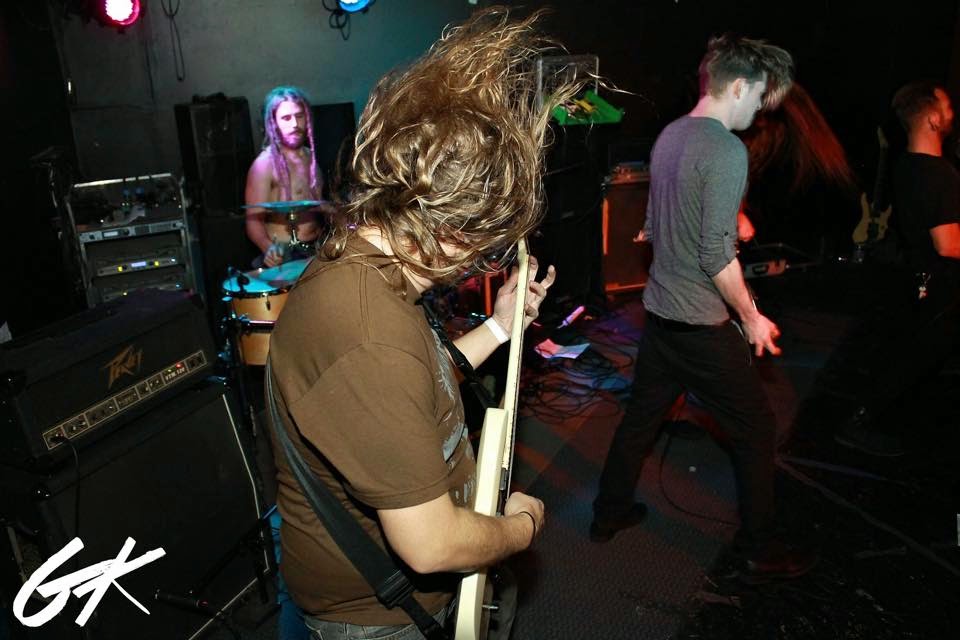 "THE DRIP has just released their first official video, the violent visuals crafted for "Siren," which hails from the band's grinding Relapse debut, A Presentation Of Gruesome Poetics. Directed by Owen Mansfield, the "Siren" video was filmed during one of the band's regional live attacks earlier this year in support ofthe vicious EP's release in April, taking the viewer inside a hometown mutiny at Rays Golden Lion in Richland, Washington back in April. "Additionally, THE DRIP continues booking live excursions into the coming year, the band confirmed to support Pig Destroyer in Seattle on January 10th, after which they'll join Enabler and Call Of The Void on a three-city romp through Vancouver, Seattle and Spokane from February 22nd through the 24th. THE DRIP Tour Dates: 1/10/2015 El Corazon - Seattle, WA w/ Pig Destroyer 2/22/2015 333 - Vancouver, BC w/ Enabler, Call Of The Void 2/23/2015 The Highline - Seattle, WA w/ Enabler, Call Of The Void 2/24/2015 The Hop - Spokane, WA w/ Enabler, Call Of The Void After a string of independent releases, Relapse signed THE DRIP for the release of A Presentation Of Gruesome Poetics, the ferocious and relentless explosion of blasting grind violence, dispatching six tracks in barely twelve minutes. The EP was the very first release to be fully recorded at Audiosiege in Portland by Joel Grind (Toxic Holocaust) and mastered by Brad Boatright (Tragedy, From Ashes Rise, Integrity). THE DRIP's violent effectiveness and intensity of their high-speed output is prime sustenance for diehard fans of Misery Index, Rotten Sound, Dead In The Dirt, Nails and Nasum."
Posted by Metal Bulletin Zine at 1:29 PM