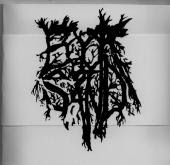 Book of Sand (Minnesota, U.S.)
The album How Beautiful to Walk Free (HBTWF) presents raw, minimalist black metal with its own peculiar vibe through lo-fi, raging sounds. The creativity of the music is the most appealing aspect: if you enjoy raw, personal raw black metal with a certain tinge of the x factor. As you will read here, there’s a certain type of left thinking that drives Book of Sand. Should be interesting, especially if you are tired of macho posturing, homophobic ignorance.
This interview gives a bit more information about the music and Daniel, who answers the questions here.
www.myspace.com/bookofsandmusic
--
How have people reacted to How Beautiful…? How to get a copy?
I've received some positive and some negative reactions, but mostly apathy. Aquarius Records in San Francisco has some copies left, or people can contact me to get a copy. I have a myspace page, and I give an email address. I've also put it up as a pay-what-you-want download. A lot of people seem to have pirated it; I don't mind, but it'd be nice of them to give me a few dollars for my work.

Are the lyrics available?
For now, I'm not going to publish lyrics. I make my beliefs and subject matter clear: opposition to hierarchy and oppression, in all forms. So, most of my lyrics revolve around veganism, anti-fascism/anti-racism, radical feminism, anarchism, etc. I also support voluntary human extinction, and some of my tracks deal with this. A few of my tracks are about non-political topics, but I'd prefer to keep those private. Rather than make my lyrics public, I would like to encourage anyone interested in the ideas to do a little research. These are problems too complex to be usefully addressed in a five minute black metal song, and I have no illusion that I'm a brilliant political thinker.

Who are the people playing the instruments?
On the first album I played guitars, bass and did the vocals. I was fortunate that a friend was willing to record the drum parts. I'm not a drummer and I don't like, for my own work, the perfectly precise drum machine sound. HBTWF had only guitar, bass, and drums, but used many layers for each track. Some of the songs have 12+ different guitar parts. For the material I'm working on now I'm adding other instruments: cello, nylon-string guitar, toy piano, flutes, unusual percussion...I play all the instruments except for drum kit.

Is a band like Immortal or Marduk too polished for your black metal?
I don't mind a more polished production if the music is engaging, which I don't find to be the case for Immortal or Marduk. I think polished and raw approaches can both be appropriate. For Blut Aus Nord or Sigh the clean, bombastic sound makes sense; for Dead Raven Choir or Bone Awl the totally blown out and harsh sound is great. HBTWF had a very raw production intentionally, and some of my new material will have a clearer sound. The sound of the recording should be chosen to fit the musical material, not to fit some nostalgic idea of authenticity.
I'm a reasonably competent audio engineer, and so I do my own recording. It doesn't take much money nowadays to get the equipment to make a decent sounding album, and I have so many layers to record for each song that studio time would be prohibitively expensive.

Tell us about “hidegen fújnak a szelek.” Is English your native language?
“Hidegen Fújnak a Szelek” is a well-known Hungarian folk song, and the title means "cold winds are blowing." The song is about a yearning to be free; I heard a recording that I thought was very nice, and I wanted to do a version. Some Eastern European folk songs have such strange and wonderful harmonies. English is my native and, unfortunately, only language. For my recording of Hidegen Fújnak a Szelek, I learned the lyrics phonetically.

“When We Are Gone, the World Will Be Awash with Light” is a 13-minute-plus song. What is it that you envisioned for this song?
To make the track as complex as I wanted, I needed the time to let the ideas develop. The first half is based around the permutations of a tone row and a separate rhythmic row, and the second half applies a simple procedure to a short melody. As with most of my music, I wanted the song to be a peek into a strange, unfamiliar world with its own alien logic.
Lyrically, the song is about human extinction. It took maybe a week, doing a few passes each day, to record. In my opinion, it's the best track on the album.

“No Flags” is your expression of disgust with imperialist nationalism?!
“No Flags” is in opposition to ethnonationalist pride, particularly regarding cultures of European origin. Expressing pride in one's standing as a member of a socially dominant group necessarily entails marginalizing minorities and oppressed peoples. This is, of course, an inextricable part of imperialism and all the atrocities that follow.
There is no white pride without racism, and there is no national pride without xenophobia. Unfortunately, America has so much of both.

Is “No Excuses for Fascist Sympathy” a new song? Is “extreme metal” to some people, something linked to fascism, to the “true,” “cult,” macho, homophobic, sexist, racist, nationalist image?
“No Excuses for Fascist Sympathy” is from my second album, which I hope will be released sometime later this year. Fascist-fetishism seems to be a common element in extreme music, generally, in America and Europe–not just black metal, but also power electronics, avant-folk, industrial, so on.
Black metal frequently caters to white, disaffected young men who feel powerless and want to feel powerful. I think both fascism and satanism/occultism speak to this desire. The lure of satanism is that one could become a strong and powerful individual through the rejection of one's community, and the lure of fascism is that one could become part of a strong and powerful community through the rejection of one's individuality. Opposite approaches, but the same urge. To me, both are idiotic and suicidal.

The above song is not on this album, so will it be in your next one?
Yes, that song will be on my next release. I'm also working on a split with Seth Ryan (power electronics), an ep of adaptations of folk songs, and the beginnings of a third full-length. I'd like to do some more splits in the near future. Working quickly seems best to me, right now, and I plan to be productive this next year.
Thanks again for taking the time to do this interview! THE END.
Posted by Metal Bulletin Zine at 11:37 AM No comments: